The Port of Rotterdam – flooding as a calculated risk

The Port of Rotterdam in the Netherlands, Europe‘s largest commercial port, has been pursuing an ambitious programme to adapt to the ­consequences of climate change since 2008. It focuses on flood protection, which the port operator is addressing in close cooperation with the city administration, the Dutch government, and companies located in the port area.
Based on calculations that assume a rise in sea level of 35 to 85 centimetres during the period from 1990 to 2100, the project partners studied the flood risk for all sectors of the port and established a detailed plan of measures. For example, electric power lines threatened by flooding were waterproofed or elevated, and buildings at risk were augmented with flood-protection technology. Furthermore, there is now a Disaster Management Plan that assures that in the case of ­flooding all work can be stopped according to an orderly procedure and then be resumed as soon as possible. For all new structures, the risk of regularly occurring flooding in the future must be taken into account from the outset, and appropriate protective measures included in their design. 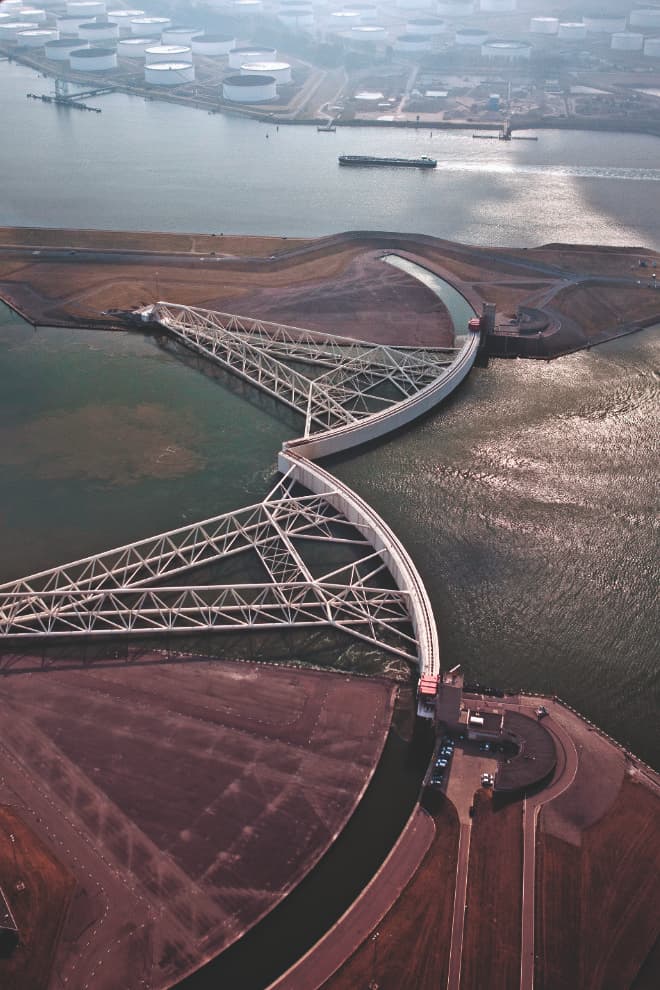 fig. 4.18 > The arc-shaped gates of the Maeslant Barrier close when the Rotterdam metropolitan area is threatened by a storm surge. It protects the city and the port from high water levels.

Port authorities have also set a target for reducing greenhouse gas emissions by port and industrial operations by 95 per cent by 2050. After all, the emissions by businesses in the port area account for one-fifth of the total emissions of the Netherlands. Methods to achieve this ambitious goal include:

Through the digitalization of many information streams, the approxi­mately 30,000 ships that call at the Port of Rotterdam each year can be processed more efficiently. This includes the timely sending of accurate arrival times to the ships.
Scientific studies in the Port of Rotterdam have shown that if all of the container ships arriving in 2018 had known twelve hours in advance when they were expected in the port (known as “just in time arrivals”), the ships’ commanders could have reduced the speed of their ships accordingly, allowing reductions in fuel use and emission levels of four per cent.
Another field trial in December 2020 found savings of as much as eight or nine per cent when the captains received precise instructions up to 24 hours before port entry, and were able to adjust their ship’s speed accordingly.