An example of new forms of environmental and marine management is the “source-to-sea approach” which was developed by an international organizational network of the same name. Its basic idea is to think of marine protection in such a way that all physiographic regions from which substances enter the sea are included in the management, i.e. from the source of the (material) flows to the ocean. Geographically, this approach starts at the headwaters of streams and rivers, extends through forests, fields, wetlands, lakes and settlements along their course, and extends beyond the delta or estuary to the coastal sea and finally to the open sea.
All these spaces are interlinked through movements of water, sediments, organisms, pollutants and materials and through various eco­system services. Additionally, humans are active in all physiographic ­regions, utilizing their resources with a primary focus on self-interest. This means that they are less interested in what happens further downstream. For this reason, the initiators of the source-to-sea concept developed a structured process that can be used to analyse this system ­con­sisting of different spaces, actors, interests, forms of use and regulations, thus broadening the individual actors’ perspectives and generating opportunities for supra-regional cooperation. Joint projects share the ­following characteristics: they (1) are holistically conceived, (2) initiate new partnerships, (3) set thematic priorities, (4) respond to the conditions on site, (5) act in a goal-oriented manner and (6) are adaptable. This means that measures are scientifically guided, results are docu­mented, and methods and processes are evaluated so that appropriate adjustments can be made in the event of failure or regression. 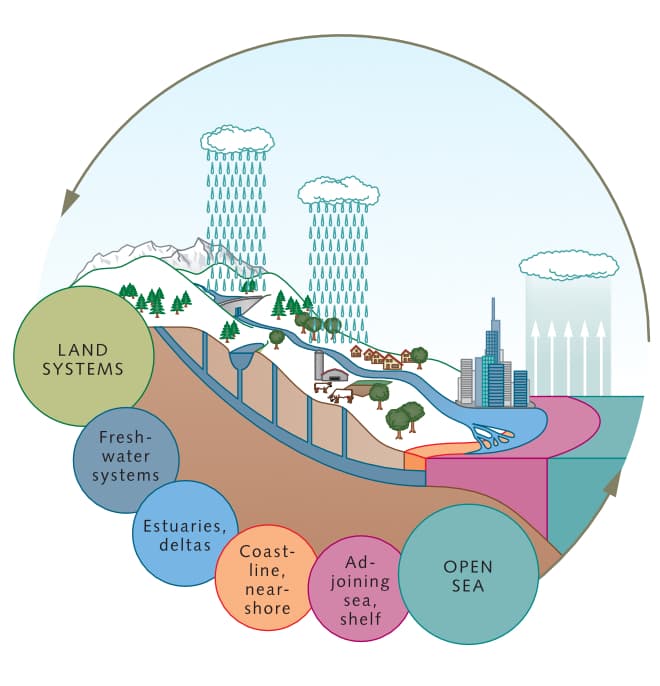 fig. 8.17 > The source-to-sea approach takes into account the many ­material flows from land to sea and vice versa. It therefore involves all inland ­physiographic regions and inland actors in coastal and marine ­protection.

This process tends to result in closer cooperation between actors across sectoral boundaries. Sweden even went so far as to merge its fisheries agency with parts of its environment agency. Together they have formed the new Swedish Agency for Marine and Water Manage-ment since 2011. It is tasked with implementing national and European guidelines for inland waters and for marine and fisheries management. By uniting these three subsectors under one roof, the staff are em­powered to take a holistic view of streams, lakes, rivers and marine areas and the environmental problems that arise. This perspective is becoming increasingly important as the pressure to address problems holistically increases as a result of climate change and new national and international targets. Two examples: Sweden’s energy sector is to be fully converted to electricity from renewable energy sources by 2040; a large proportion of the electricity supply is to be provided by hydropower plants, but these must first be modernized to meet important environmental standards. At the same time, the water quality in Sweden’s inland and coastal waters is to be improved. Their status is still far from what would be considered a “good” status by the European Union or Sweden itself.
According to the source-to-sea initiators, eight years after the new authority started its work, not everything was going according to plan quite yet. The internal coordination of measures in particular as well as the cooperation with other national authorities still needed to be im­proved. Both were still hampered by different, partly overlapping areas of responsibility, programmes of measures and regulations, the initiators reported in 2019. But a start had been made and the structured process is now being applied in several coastal regions – for example in the Bay of Bengal, in 14 Pacific island nations and in the global quest for ways to solve the marine litter crisis. 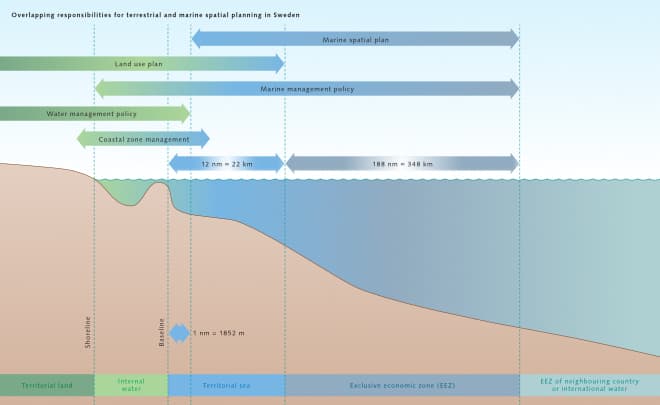 fig. 8.18 > This presentation by the Swedish Agency for Marine and Water Management shows how, in Sweden’s coastal regions, programmes of measures and responsibilities for specific zones overlap and continue to hamper integrative and cross-sectoral management.