Two lives under the spell of the ice

Ambitious, meticulous, obsessed with the poles – these traits describe the Norwegian Roald Amundsen as well as the German Erich von ­Drygalski. Both were pioneers of polar research, but they could hardly have been more different. While one was pursuing a record, the other was striving to understand the larger picture. 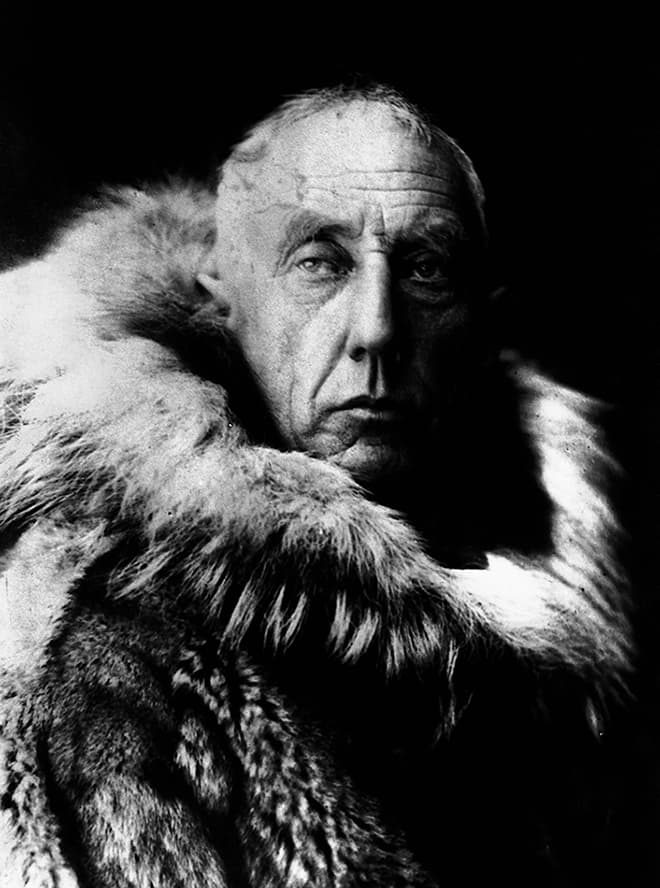 Since the age of 15, South Pole conqueror Roald Amundsen had known only one ambition – to enhance our knowledge of the world’s polar re­gions. He associated the word “knowledge”, however, primarily with geographical information rather than a deeper understanding of the nature and climate of the polar regions. On his expeditions, the Nor­wegian mostly left scientific observations to the specialists, although he himself was competent in various measurement methods. Before his expedition to the Northwest Passage, for example, Amundsen spent several months learning theory from the German Georg von Neumayer, who at the time was a leading expert in geomagnetics. He wanted to learn how to measure the Earth’s magnetic field. Furthermore, on a preparatory cruise for the same expedition, he collected oceanographic data for his mentor Fridtjof Nansen.
But science did not excite him. Amundsen was much more interested in the techniques and methods that could contribute to the success of his expedition plans. On the Belgica Expedition to Antarctica (1897–1899) Amundsen, as second officer, had learned that details could be crucial in the planning of an exploration cruise. The crew had survived the threat of scurvy, a disease caused by a deficiency of vitamin C, by following the advice of the ship’s doctor Frederick A. Cook and eating fresh penguin meat during the winter instead of the stores of canned food.
Amundsen was fascinated by pragmatic solutions. During his voyage through the Northwest Passage (1903–1906), he learned from Eskimos how to build igloos and how to harness dogs to pull sledges. He mar­velled at their windproof reindeer-skin clothing and wore it himself from that time on. For his march to the South Pole he successfully used dog sledges and skis as a means of transport, and for his airship flight over the North Pole he had a solar compass built in Berlin, which the pilot could use to accurately navigate northwards.

Amundsen was a born leader and also applied the highest standards in the selection of his team. His crew was always well trained and hand-picked, and comprised only as many men as were absolutely necessary for success. Everyone on board was given multiple duties. In this way Amundsen prevented boredom from becoming a problem, and increased the sense of responsibility in his men.
When it came to his reputation and honour as an explorer, however, he could make decisions without regard for the considerations of his companions. In 1910, for example, he informed most of the crew of his research vessel Fram at some point after leaving Oslo that he did not intend to sail towards the North Pole as they had all believed, but would instead set a course for Antarctica in order to be the first man to reach the South Pole. Because Frederick A. Cook in 1908 and Robert Peary in 1909 had purportedly already been to the North Pole – two reports which later turned out to be false, as both had only come close to the Pole – Amundsen at least wanted to achieve success in the south. Before their departure he had only revealed their true destination to his brother Leon, who was in charge of the business side of the expeditions, Captain Thorvald Nilsen, and the two helmsmen.
Throughout his life, Amundsen was driven by the desire to conquer frontiers and be the first person to achieve incredible feats. Towards this dream he not only borrowed heavily, he also trained obsessively, endured solitude, and knew better than anyone how to portray his projects in the media. His greatest strength, as described by historians, was his belief in himself. With this attitude, Roald Amundsen not only expanded our knowledge of the polar regions, he also made a name for himself in the history books alongside his role models Nansen and Franklin. 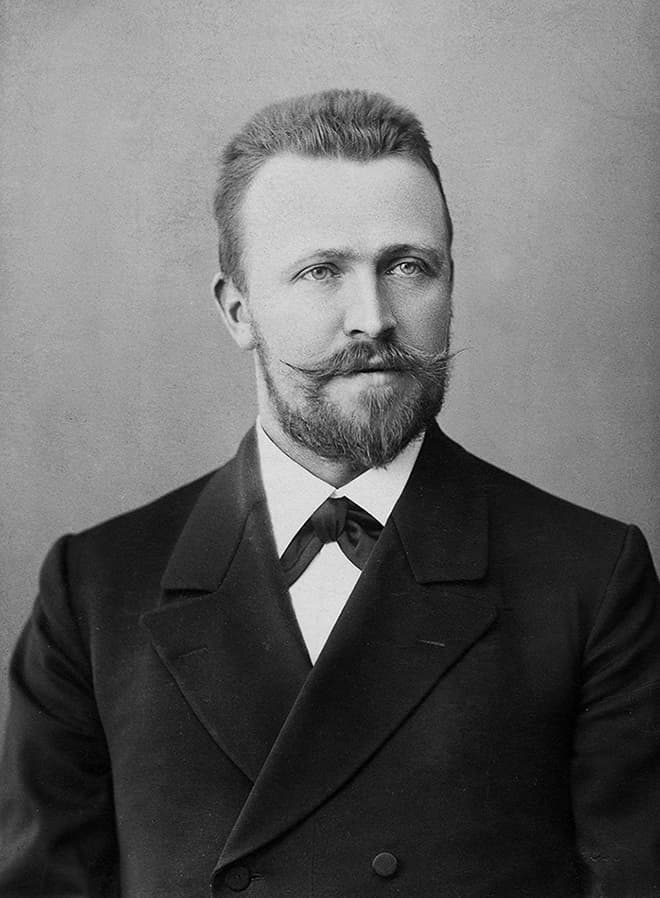 Erich von Drygalski was not much impressed by the media hype over the race to the South Pole. “For polar research, it is immaterial who is the first man at the Pole”, commented the East Prussian and scientific whiz kid in reference to the race between Amundsen and Scott. In 1882, at the age of 17, Drygalski began studying mathematics and physics. Soon afterward, he discovered his passion for geography and ice, hiked through the largest glacial areas of the Alps for eight weeks, and at the age of 22 wrote his doctoral thesis on the distortion of the globe due to ice masses. Ice became the central focus of his life. He wanted to understand the glaciation of the North German lowlands as well as the structure, motion and effects of ice, and to mathematically ­­describe the movements of large ice masses. He decided to address these ­problems by measuring the movement of glaciers in nature, ideally on a large ice sheet.
The largest and nearest ice mass was the Greenland Ice Sheet. The Geographical Society of Berlin financed a preliminary expedition (1890) and a full-scale expedition (1892–1893) to the Uummannaq Fjord on the western margin of this ice cap. Not only did Drygalski set up a research station there, where he and his two companions spent the winter, he also designed a very modern research programme for the team, which filled their days with a wide range of tasks.
For twelve months the scientists mapped and surveyed a number of glaciers in the region. By marking the ice, Drygalski was able to track its flow as well as its rise and fall. On sledging excursions, he was able to study how the ice formed. The scientists also collected meteorological data throughout the time they were there, including temperature, duration of sunshine, air pressure, humidity and wind, in order to understand the effects of ice on the climate. The team’s biologist documented the flora and fauna in order to learn how the ice masses affected the biology of the fjord. In addition, geomagnetic measurements and gravity experiments were carried out. The dataset collected by the team was so immense by the end of the expedition that it took Drygalski four years to analyse it. He published the results in two volumes, advanced a fundamental concept of ice motion, and was named as professor within the top ranks of polar researchers.
Because of his extensive experience, three days after qualifying as professor he was chosen to lead the first German ­South Polar Expedition (1901–1903). His failure to set any records in his name ­during this excursion disappointed the German Kaiser and the public, but the scientific data he collected was of excellent quality, and Drygalski again retreated into the analysis of this huge body of data. Personal matters such as family planning were put off for the time being, and could only be addressed again after the analysis had been divided among the scientists, leaving him to deal with the geographical and oceano­graphic ­findings. To fail to complete a project he had begun would have been unthinkable for him. Straightforward and determined, he compiled the results of the expedition and published them step by step – a task that kept him busy for a total of 30 years. Roald Amundsen was correct when he assessed the significance of this work. Before his death, he said that Germany had every cause to be proud of the essential scientific results of the South Polar Expedition.
We use cookies to ensure that we give you the best experience on our website. If you continue to use this site we will assume that you are happy with it.OkRead more