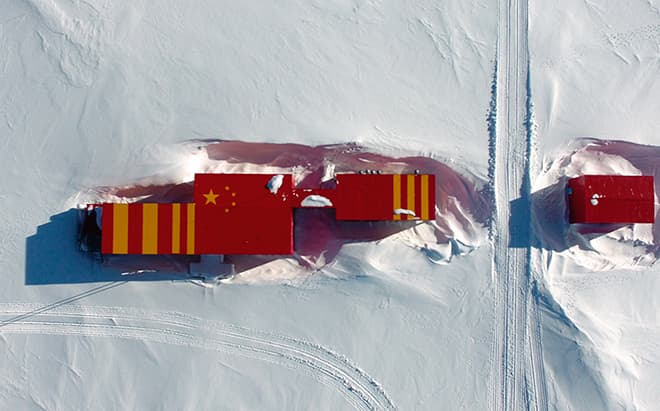 fig. 5.9 > Kunlun is a Chinese research station located about 1200 kilometres inland in East Antarctica and at an elevation of 4087 metres above sea level. It is occupied only during the Antarctic summer, when scientists take ice cores and record atmospheric and geophysical measurements.

January 2018 saw the publication of a strategy paper that had been long awaited by the countries most involved in Arctic and Antarctic affairs: China, the second-largest economic power in the world, was for the first time publishing an official Arctic strategy in which it sets out its aims and interests in the northern polar region. As a non-coastal state, China has no legal rights in the Arctic but must instead depend on bilateral cooperation with Arctic coastal states. It was not until 2011 that China started attending the meetings of the Arctic Council as an observer nation.
Nevertheless, China’s role in both the Arctic and the Antarctic has changed dramatically in the past ten years. The country sees itself as an emerging superpower with economic and strategic interests that extend far beyond the Asian-Pacific area. It wants to pursue these interests and play a part on the world stage. The polar regions are a key aspect of this.
In the Arctic, China is interested primarily in newly emerging ­shipping routes and the region’s rich resource deposits. China and Russia are negotiating the development of a polar Silk Road involving a number of different transport and com­mu­ni­cation routes that would give China access to the Arctic. Shipping routes are key to this and the focus is on the Northeast Passage routes through Russian waters. For ships travelling from the port of Rotterdam in the Netherlands to Dalian in China, this northern route is ten days shorter than the traditional southern ­route via the Suez Canal. Moreover, use of the Northeast Passage would enable oil and gas supplies to be shipped from virtually any Arctic port to China in ten to 14 days.

At present, most of the resources that China so urgently needs come from Russia: China has entered into long-term supply contracts worth hundreds of billions of US dollars with Russian oil companies. The Chinese oil giant CNPC and China’s Silk Road Fund also have stakes in Russia’s liquefied natural gas project Yamal LNG. The project is based in the north-east of the Yamal Peninsula in Siberia, where natural gas is extracted and then liquefied to enable it to be more easily shipped. The Chinese government is also strengthening relation­ships with other Arctic states. It concluded a free trade agreement with Iceland in 2014 and is currently negotiating with Norway. With Finland it is discussing the laying of a submarine tele­com­muni­cations cable, and on Greenland it is interested in deposits of valuable metals and rare earths.
Furthermore, in April 2019 China and Russia signed a cooperative agreement that provides for the construction of a joint research centre in the Arctic. This will be the third Chinese research base in the Arctic. China has operated a station in the research village of Ny-Ålesund on the island of Spitsbergen since 2004. In October 2018 China and Iceland ­opened a jointly operated Arctic observatory in northern Iceland. And since 2003 China has regularly despatched its research icebreaker Xue Long (“Snow Dragon”) on scientific expeditions to the Arctic. A second polar research ship, Xue Long 2, was launched in September 2018 and is due to enter service before the end of 2019. China is thus actively involved in expanding its research infra­structure in the Arctic. However, it also stresses in its strategy paper that it wants to advance technical innovation in connection with resource mining, the use of renewable energies and environmental monitoring in the Arctic. China has also increased its involvement in the Arctic Council’s working groups. Independent experts consider these political and economic ambitions to be legitimate. Provided that China abides by all the international norms and regulations, its investment in the Arctic should be viewed as an opportunity and not as a threat.
In Antarctica, China has in recent years spent more money on the expansion of its research infrastructure than any other nation. The country, which signed the Antarctic Treaty in 1983 and has been a Consultative Nation since 1985, now has four research stations – one on the Antarctic Peninsula and three in the eastern Antarctic. A fifth station is currently being built on Inexpressible Island in the Ross Sea; it is expected to open in 2022 and will then be operated year-round.
In May 2017 China organized an ATCM meeting for the first time. It presented its first strategy paper on research in Antarctica on the same occasion. The government used the opportunity to emphasize the importance of partnership and its respect for the laws and standards of the Antarctic. Nevertheless, the country wants to be seen as a strong Antarctic nation. And if the Antarctic Treaty should one day lapse, China would be on hand – with at least five Antarctic bases and clearly articulated claims.
China is interested not only in mineral deposits but also in the ­marine living resources of the Antarctic. It became a member of the Convention on the Conservation of Antarctic Marine Living Resources (CAMLR) in 2006. The Chinese representatives are now vocal at the annual meetings of the associated commission, CCAMLR. They and the Russian representatives view the creation of marine protected areas as a threat to the future use of krill, the Antarctic toothfish and other living resources of the Southern Ocean. To preserve these economic interests, China accepted the Ross Sea as a marine protected area but then blocked all other CCAMLR proposals for protected areas.