A regulatory framework for greater safety in polar waters

In view of the increasing shipping traffic in the polar regions, the International Maritime Organization (IMO) has adopted new safety regula­tions. They are intended to minimize the risk of accidents and protect the environment and people in the Arctic and Antarctic regions from the adverse effects of shipping. The provisions of the International Code for Ships Operating in Polar Waters, also known as the Polar Code, have been in force since 1 January 2017 for all ships operating in the Arctic and Southern Oceans.
The code sets mandatory standards for (1) the construction of a ship, (2) its safety equipment, (3) its field of operations, (4) the qualification of the crew and (5) possible search and rescue operations, as well as establishing environmental protection precautions. It applies in addition to the International Convention for the Safety of Life at Sea, 1974 (SOLAS), which has previously regulated the safety standards for worldwide marine shipping.
To comply with the Polar Code, all ships operating in the Arctic and Antarctic seas must, for example, be equipped with technical equipment that enables them to access current weather and ice data at any time. Additional communication channels that can be used in case the satellite connection breaks down are also required, as are heated windows for good visibility on the ship’s bridge, deck equipment that the crew can use to remove snow and ice (hammers, brooms, etc.), and enclosed-type lifeboats. All ships operating in the Arctic and Antarctic regions must also have enough warm survival suits on hand for every passenger, and fire-fighting equipment stored in locations that are protected from the cold and are ready for use at all times.
With regard to environmental protection, the Polar Code tightens the rules of the International Convention for the Prevention of Marine Pollution from Ships (MARPOL), which applies to all ships. The dis­charge of oil or liquids containing oil is strictly prohibited in the polar regions. All oil tankers must be equipped with a double hull to prevent oil leakage in the case of an accident. In addition, stricter guidelines regulate the handling of food waste, animal remains and other waste. In the polar regions, food waste may only be disposed of in the sea under certain conditions. All other waste material has to be collected and incinerated or disposed of on land at the next port call.

The regulations require ship crews to undergo special polar training. Masters, chief mates and deck officers, for example, must be trained in ship management and behaviour in marine areas with ice before they can work in the polar regions. Furthermore, the ship’s command is required to always have an operation manual on hand describing exactly how the particular ship must and may be operated in polar waters. It includes, among other things, a notation of the desig-nated polar class of the ship. The code distinguishes between three categories: A Class A certificate is issued to ships whose design permits use in areas with at least medium first-year ice, plus older ice inclusions (Polar ice classes 1 to 5). B-class ships are capable of independently breaking thin first-year ice without risk of damage (Polar ice classes 6 and 7). Class C ships can operate in polar waters where there is no ice or very little ice (with Baltic ice class or no ice reinforcement at all).
The initiators of the Polar Code touted the implementation of the new security requirements as a great success. After all, the new regulations had been in development and negotiation for almost 20 years. But the requirements do not go far enough for environmental organizations. The Polar Code does recommend using fuel in the Arctic region that is less toxic than heavy oil, but it does not yet prohibit its use. An acceptable regulation is currently being negotiated. In addition, ecommendations for action regarding the handling of ballast water and organisms attached to the ship‘s hull are not legally binding. These are intended to prevent the ships from introducing invasive species into the Arctic.
Issues such as underwater noise, exhaust emissions and the handling of grey water have not been addressed in the new regulations. Grey water is waste water from the showers and bathrooms on board a ship. This water generally contains large amounts of chemicals (shampoo, soap), bacteria, microplastic particles (toothpaste, peeling products) and other pollutants. Cruise ships, for example, discharge a large proportion of their waste water into the sea. Environmental agencies in the USA estimate that an average ship passenger produces between 135 and 450 litres of grey water daily. In most areas of the Arctic Ocean this water may be directly discharged into the sea.
Conservationists further criticize that the rules of the Polar Code do not apply to fishing boats, private yachts with fewer than twelve passengers, and smaller cargo ships of less than 500 gross registered tonnes. Their potential damage to the environment may not be as great as if a large oil tanker were to crash. However, fishing boats make up a large proportion of the ships operating in the Arctic waters, and the number of ­private yachts is constantly increasing, at least in the area of the North­west Passage. 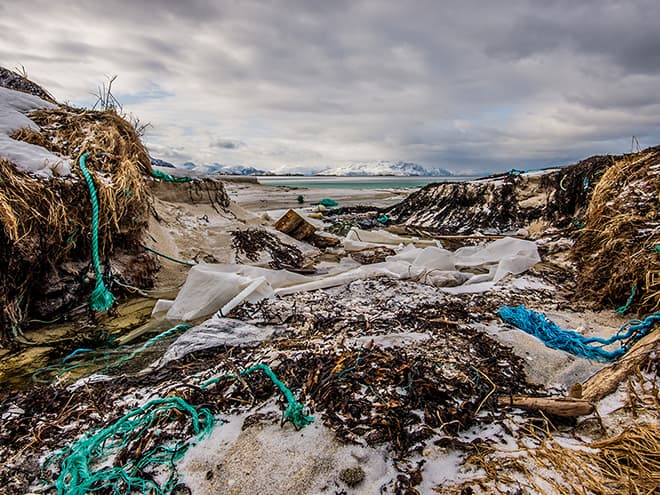 fig. 5.26 > Although the Polar Code does not yet apply to fishing boats, it is hoped that its regulations regarding the handling of waste and garbage on ships will contribute to protecting the polar seas from increasing pollution.