The queen of the tundra

The Arctic bumblebee species Bombus polaris is one of the first insects to be seen flying in the tundra in springtime. Bombus ­polaris differs from most other insects in that it is not greatly impacted by cold spring air. Even though as an insect it is an ectothermic organism, this bumblebee has found ways to stay warm. On sunny days the queen and her workers sit exposed to the sun for a while in order to warm up their bodies. The quickest way to do that is to bask inside an Arctic poppy flower (Papaver radicatum). The petals of its conical ­flower act like mini-mirrors, reflecting sunlight into the centre of the flower.
When cloud cover impedes sunlight the bumblebees turn on their internal heating system – they begin to shiver their large flight muscles which allows them to bring their body temperature up to the minimum flight temperature of 30 degrees Celsius even if the ambient temperature is significantly lower. The Arctic bumblebee’s thick coat of hair helps them to trap and conserve this heat.
Their ability to utilize thermoregulation allows the Arctic bumblebees to start foraging for food as early as May, at a time of spring when the cold still forces most other insects in the Arctic into a state of torpor. And this bumblebee is in a hurry – the queen’s first task as the only member of its colony to survive the winter is to gather pollen and nectar in order to gain strength. Next she will build a nest in a subterranean burrow and produce an initial brood consisting only of workers as the foundation of a new colony. In late summer the queen lays eggs for a second time. This brood produces drones (males) and hundreds of queens. However, on average only one queen per colony survives the coming winter. The old queen dies along with the other members of its colony.
Bombus polaris occurs in the northern tundra regions of Alaska, Canada, Scandinavia and Russia and is considered a key pollinator in these regions. There is only one other bumblebee species, Bombus hyperboreus, that survives this far north of the polar circle. In cuckoo-like fashion its queens like to enter and take over Arctic bumblebee nests. They deposit their eggs and let Bombus polaris workers take care of the brood. 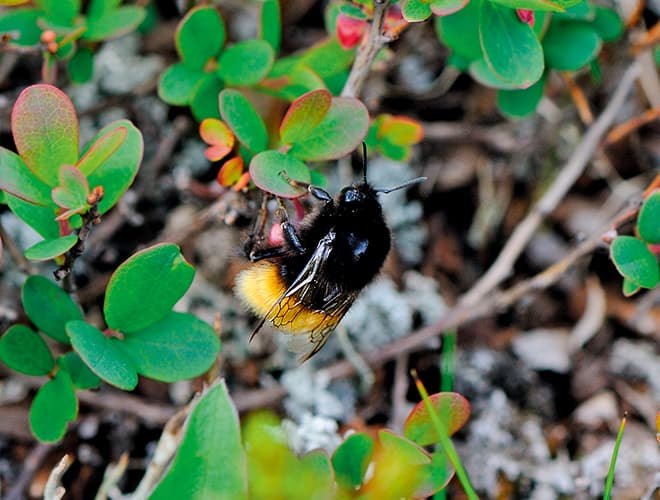 fig. 4.7 > The Arctic bumblebee species Bombus polaris flies even in cold weather. The inspect generates the body temperature needed for this by basking in the sun or by shivering its flight muscles.