Dust and soot particles on the skyway to the Arctic

Not only does a jet stream with a winding course allow warm, moist air to penetrate into the Arctic. Under certain conditions dust clouds from the Sahara, thousands of miles away, can drift into the high north in its wake. In fact, atmospheric scientists observed just such a dust influx from North Africa in April 2011.
At that time the meandering jet stream caused a severe storm over the Moroccan area of the Sahara. The storm stirred up large quantities of desert sand and swept it up to a height of six kilometres. A large dust cloud formed that was initially transported by northward-flowing air masses – and later by the jet stream itself – across Spain, Western ­Europe and the northeast Atlantic to southern Greenland. There the desert sand settled down onto the ice sheet encased in snow crystals or water drops.
Dust and soot particles carried around the world by the wind are called aerosols by scientists. They are a few nanometres to several micrometres in size, and are therefore so light that once they are stirred up they scarcely fall to the ground again.
Aerosols are formed not only by desert storms, however, but also by field and forest fires, by volcanic eruptions, and by the burning of oil or coal. The barren soils of Iceland, for one, are an important source of aerosols for the Arctic. Furthermore, the pollen from flowers, as well as bacteria, viruses, and sea-salt particles stirred up by the wind may be suspended in the air. Aerosols are an important element for the Arctic climate because they influence the heat balance in this polar region. Droplets of sulphate compounds, for example, reflect incoming sunlight before it reaches the Earth’s surface and thus have a cooling effect. Dust and soot particles, on the other hand, have a warming effect because they absorb the ­sunlight and thus retain its energy in the atmosphere. To a lesser extent, aerosols also scatter and absorb the heat energy radiated from the Earth. In this case, therefore, they act similar to greenhouse gases and con­tribute to warming of the atmosphere. This warming effect is mostly evident above surfaces with high reflectivity, such as those with ice and snow. In the polar regions, therefore, aerosols contribute more to ­warming than they do in the lower latitudes. There they tend to have more of a cooling effect.
Without aerosols no clouds would form. The miniscule particles act as condensation seeds upon which water droplets or ice crystals can form, and thus promote cloud formation. In the Arctic, the clouds amplify the summer melting of sea ice. Dust and soot particles also expedite the melting of snow and ice by eventually settling on sea ice and glacier ice, dirtying its surface and thus reducing its reflectivity. In recent decades, for example, the albedo of the Greenland Ice Sheet has decreased noticeably, partly because more suspended material has been deposited on its surface. 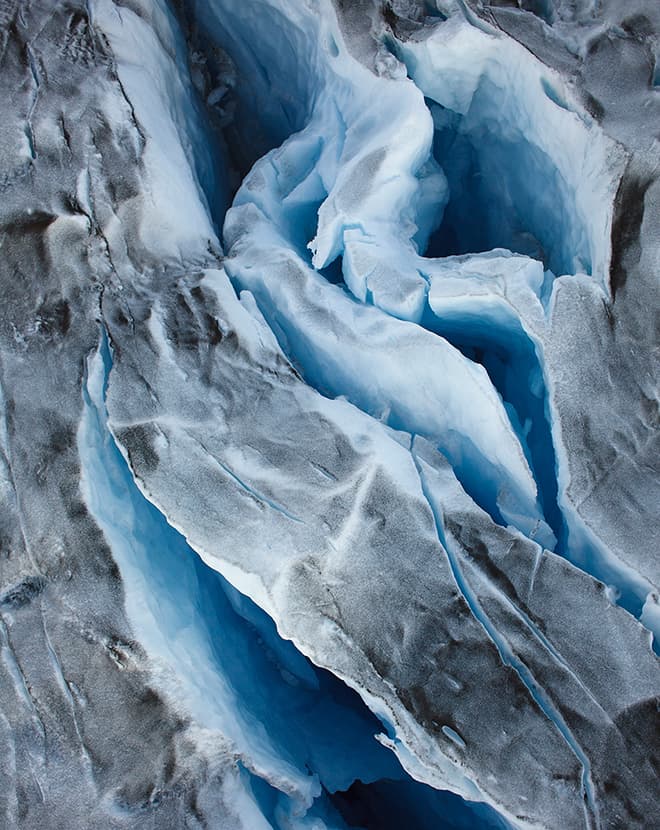 Especially high concentrations of aerosols are measured in the Arctic in late winter and the ensuing spring. During this time there are so many different particles wafting around in the lower troposphere that a ­whitish to reddish shimmering fog cloud can lie across the entire Arctic. Scientists refer to this phenomenon as arctic haze, and consider it to be a form of air pollution.
Most aerosols are produced by forest fires or are discharged by industrial plants and coal-fired power plants in Europe, North America and Asia. They are transported by wind toward the Arctic, where they remain in the air for long periods of time, especially in the winter. One reason for this is that the air masses there are poorly mixed during this time of year. Another is that very few clouds form in the cold, late-winter atmosphere, so that the pollution particles are hardly ­washed out by rain or snow.
It is not yet predictable whether aerosol concentrations in the Arctic will increase in the future. When the jet stream meanders, more moisture reaches the northern polar region, and the resulting precipitation washes suspended material out of the air. The question of which aerosols reach the Arctic by what routes, and their influence on the climate there, thus remains an important topic of research. 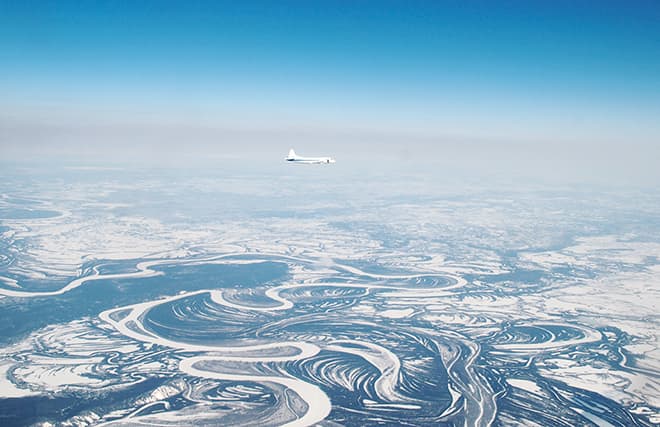 fig. 3.10 > Air pollution: A US research aircraft flies through a dust cloud over the Arctic, which formed as a result of large dust, soot and sulphur emissions from Europe, North America and Asia.