The Spermonde Archipelago is an example of the contribution made by fishing to the gradual destruction of coastal ecosystems. The Archipelago is located just off the large Indonesian island of Sulawesi. It consists of approximately 70 coral islands and was known even to European seafarers in colonial times as a particularly species-rich and productive marine area. It is home to crustaceans, large groupers, numerous smaller species of reef fish, squid and many species of corals. Chinese traders purchased sea cucumbers in this region as early as the seventeenth century. These sausage-shaped animals are related to starfish. In China and Hong Kong they are still in demand to this day for medicinal preparations.
For a long time the Archipelago’s coral reefs appeared to be inexhaustible. The local population saw the abundance of fish as a God-given gift and a never-ending supply. However, some of the fish stocks in the area have been considered to be overfished since the 1960s. ­Several scientific studies have been conducted in the area in order to understand the underlying causes. The studies also included interviews with the islands’ inhabitants. As the islands largely lack fertile soil and thus do not lend themselves to farming activities at any major scale, it was found that 80 per cent of households directly or indirectly depend on fish and other marine life for their livelihood. Depending on demand, available gear and the productivity of stocks in question, different ­marine organisms have been under particular pressure at different times. If it be­came uneconomic to catch a particular species because there was no demand or the local stocks had declined, the fishers simply switched to another species. 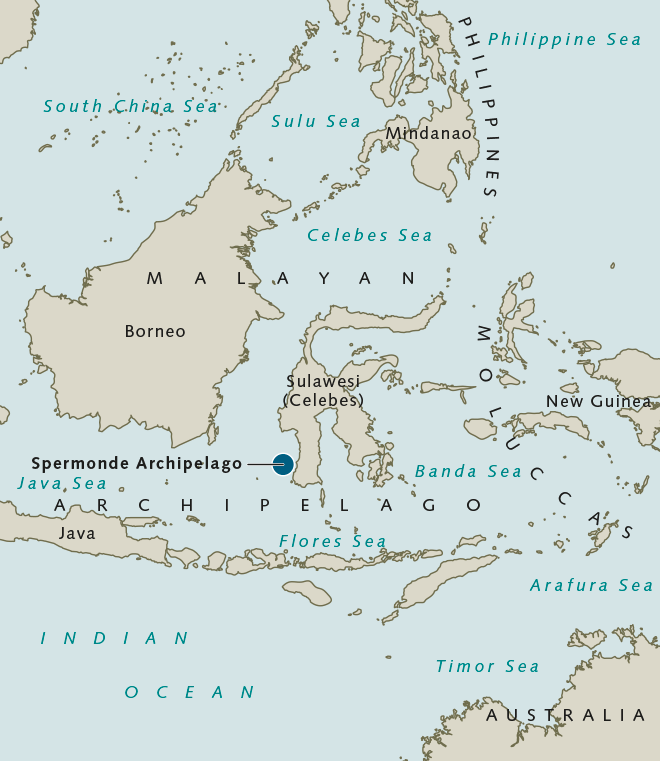 fig. 2.39 > The Spermonde Archipelago is centrally located in the island state of Indonesia, just off the south-western tip of Sulawesi. Some 70 coral islands make up this archipelago. © maribus

In the past, the fishers mostly used traditional gear such as longlines and fish traps. In the 1980s however fishers added specialized equipment to their arsenal, such as diving gear that allows them to hunt for sea cucumbers for which there is such a strong demand in China. The divers use rubber tubes to take air that is pumped down to them by ­on-board compressor pumps. This allows them to stay under water for longer and collect a much greater number than before. This has resulted in sea cucumbers of the species Holothuria nobilis, among others, to ­disappear completely from many of the Archipelago’s reefs.
Some of the fishing methods used today are not only unsustainable but illegal. Dynamite fishing has been practised in the Spermonde Archipelago since World War II in order to catch culinary fish for local consumption. The explosions also kill numerous other animals that are not consumed. It has been estimated that between 10 and 40 per cent of the locally consumed fish comes from dynamite fishing, that proportion varying between islands. Moreover, cyanide fishing has been practised since the 1960s. This method involves the addition of poisonous sodium cyanide to the water in order to stun fish. They can then simply be gathered up and exported as live fish with smaller fish mostly used in aquariums and larger ones in restaurants. Fishers receive much higher prices for live fish than for culinary fish sold in local markets. 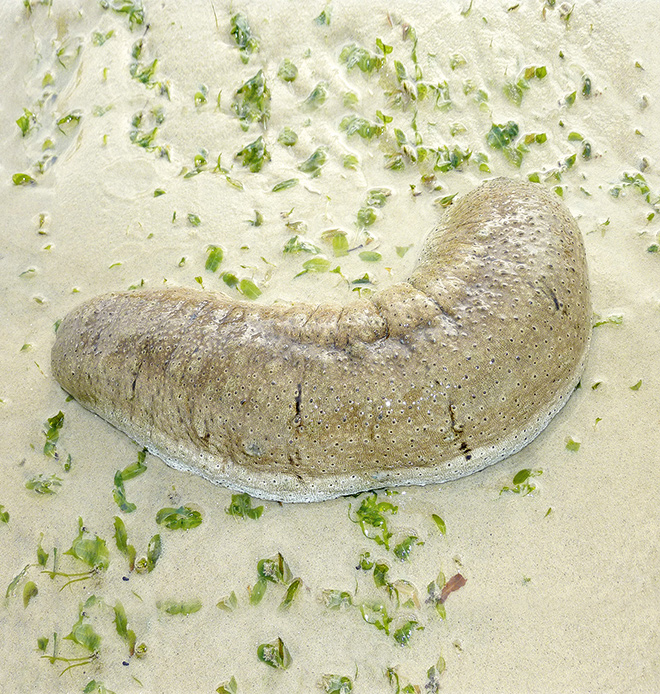 fig. 2.40 > Stocks of the sea cucumber species Holothuria scabra are particularly heavily exploited in the Spermonde Archipelago as they are considered a delicacy in many parts of Asia and command high prices. © Loh Kok Sheng

Groupers are among the species caught with cyanide. After being caught, the fish are kept in basins for several days in order for them to excrete the poison prior to being sold. But many of them perish before reaching the recipient countries, partly due to conditions during transport and partly because of after-effects of the poison. One of the major problems with cyanide fishing is that the cyanide drifting in the water also kills many other organisms. It kills minute algae living in symbiosis with the corals as well as juvenile fish growing up in the reefs. It is questionable whether a reef can recover from cyanide poisoning or how long this might take.
A better understanding of the unsustainable fishery practices can only be gained by an examination of the underlying social context. From a sociological perspective, there is a system of patron-client relationships in the Spermonde Archipelago (with fishers being the clients) – a kind of two-class society. The patrons are the link between local clients and external traders and buyers. They know which products are currently in demand in the marketplace. In addition, the patrons provide gear for the different fisheries and extend credit to fishers and their families. They are well connected in civilian and military circles that are supposed to protect the coral reefs and pay significant amounts of bribes to inspectors in order to avoid sanctions for illegal or prohibited catches.
In most cases, the fishers sell their catches directly to the patrons in order to pay back the loans they have taken out. While the price they are paid is well below the patrons’ sales price, it provides them with a relatively safe income and a relatively stable social safety net for their families in economically difficult times.
As advantageous as the patron-client system might appear to those involved, it brings with it long-term risks to the coral reef ecosystem and thus to the only source of income for the growing population. As the markets sell fisheries products from all the fishers participating in this system, there is always enough fish to meet the demand. If yields decline in one fisher’s fishing area, this loss is hardly felt in the marketplace. If some reef areas are overfished, catches in other areas make up the shortfall. Information on overfishing in a particular area therefore rarely reaches the patrons, which means that ecological warning signals are easily overlooked and it is impossible for an awareness of the necessity of sustainable fisheries to develop. The reefs will have even less time to recover from local overexploitation if the impacts of climate warming are brought into the mix. 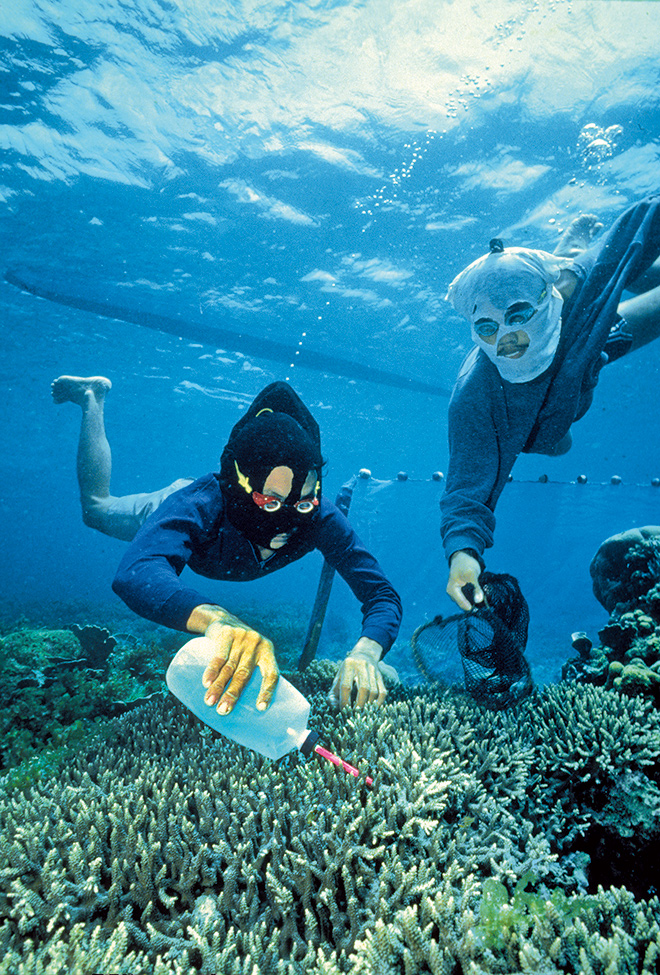 fig. 2.41 > Cyanide fishing involves the addition of poison into the water in order to stun the fish. Once they have been collected, they can later be sold as live fish. © H. Hall/SeaTops.com