Even mines situated well inland can pollute coastal regions, as demonstrated by an iron ore mine located near the Brazilian town of Mariana 250 kilometres north of Rio de Janeiro. On 5 November 2015 a dam holding waste sludge from opencast iron mining burst, spawning a mud tsunami into the Rio Doce, a river that flows into the Atlantic Ocean. According to the United Nations Human Rights Council (UNHRC), approximately 50 million tonnes of iron ore sludge, roughly equating to the volume of 20,000 Olympic-size swimming pools, spilled downhill and buried the village of Bento Rodrigues located 5 kilometres away from the mine as well as large swathes of land. The red sludge wave traversed 600 kilometres of the Doce River before spilling into the Atlantic. Sixteen people lost their lives in the disaster.
Since the sludge was laced with high concentrations of heavy metals and other toxic substances, the affected areas around Bento Rodrigues are still inhabitable to this day and agricultural land use is impossible. The impacts of the pollutants on the affected Atlantic estuary are not yet known. There are fears that large quantities of pollutants have been deposited on the ocean floor. If marine animals ingest these with their feed, fishing will also be affected as fish and seafood would no longer be fit for sale. 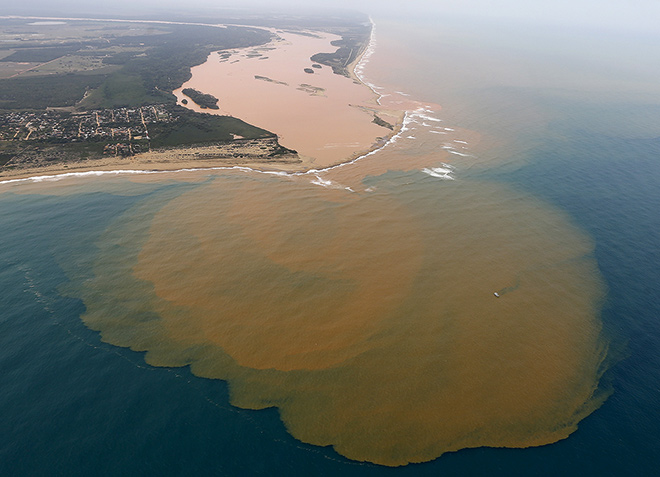