How complex and laborious it can be to reconcile opposing positions and achieve sustainable use of a coastal area is exemplified by the North West European Wadden Sea, which was granted World Natural Heritage status by UNESCO (United Nations Educational, Scientific and Cultural Organization) in 2009. This area of tidal mudflats, the world’s largest, is around 500 kilometres long and extends across large parts of the Dutch, German and Danish North Sea coasts. Today, with its World Natural Heritage status, it is recognized internationally as an ecological region of special aesthetic quality and of particular significance as a breeding ground for the fish of the North Sea and millions of breeding and resting birds. ­Several million holidaymakers currently visit this region every year.
It took almost 50 years for protected status to be achieved. Interestingly, this was accomplished despite the fact that each of the coastal states pursued the protection of this transboundary ecological region through their own national legislation rather than through trilateral treaties. Moreover, this example shows that initial resistance can be overcome, in this case thanks mainly to the enduring commitment of individual protagonists and nature conservation organizations over many years.
A severe storm surge affected the Netherlands in 1953 and Ger­many in 1962. In both cases, the dikes along the North Sea coast were breached in many places. Some 1800 people died in the Netherlands in 1953 and more than 300 in Germany in 1962. In the following years, dikes were reinforced in many places and the shorelines straightened by damming bays. In the Netherlands and Germany there was also discussion of large-scale solutions – constructing dikes around major areas of the Wadden Sea. The intention behind this was not merely to protect the land from further floods; additional plans were made to put the newly reclaimed land areas to industrial and agricultural uses. In the 1960s the Wadden Sea was considered by all three countries as a backward region that required economic development. To this end, initially a series of nuclear power stations was to be constructed in the enclosed areas, which would then be likely to attract other industrial enterprises. The construction of an airport was also proposed. 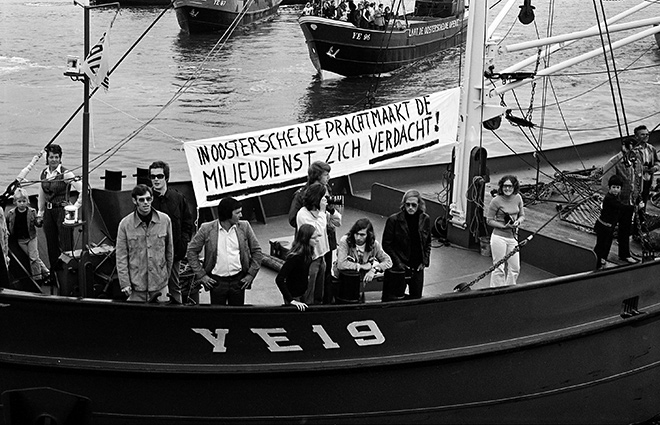 fig. 4.7 > In 1972 fishers in the Netherlands protested against the damming of the Eastern Scheldt estuary. 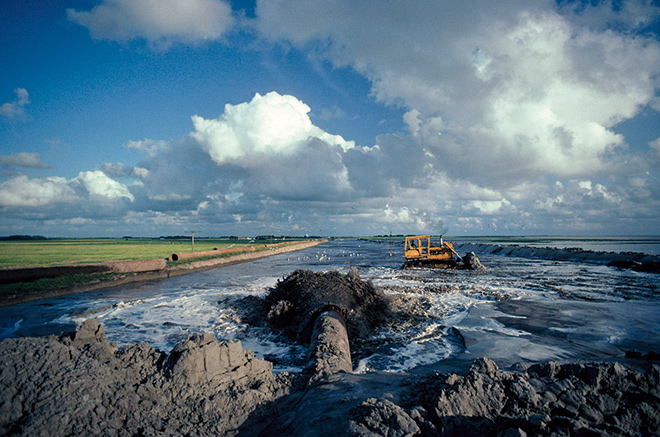 fig. 4.8 > In 1985 the Wadden Sea in Schleswig-Holstein was declared a national park. Despite this there was strong criticism to begin with because controversial coastal protection measures were still being carried out, such as the locking of the Nordstrand Bight with a dike formed from sand using hydraulic filling.

A strengthening and internationalization of cooperation was only achieved at the renewed initiative of nature conservation associations from the three coastal countries. At their urging, the trilateral Wadden Sea Secretariat in Wilhelmshaven was finally founded in 1987. Over the years it has succeeded in establishing itself as a coordinating body that acts in a policy advisory capacity. Today it is financed jointly by all three countries. It coordinates research, public relations work and environmental monitoring programmes – for example, the control of invasive species – and organizes Trilateral Wadden Sea Conferences which take place every three to five years.
In the view of experts, it would be wrong to talk about an ideal integrated coastal zone management programme in relation to the Wadden Sea because of the divergent national regulations that apply. So far that has remained a goal for the future. While the existence of the Wadden Sea Secretariat means that a state-supported organization exists and the recognition as a World Natural Heritage site by UNESCO has further advanced the perception of the Wadden Sea as a transnational entity, there are no legally binding standards of any kind attached to this status. However, World Natural Heritage status has international charisma and finally induced Denmark, whose tidal mudflats were not initially included in the World Natural Heritage listing, to designate them as a national park. Having been brought up to the same protection status as had been achieved in Germany, in 2014 the Danish section of the Wadden Sea was then accordingly recognized as World Natural Heritage. 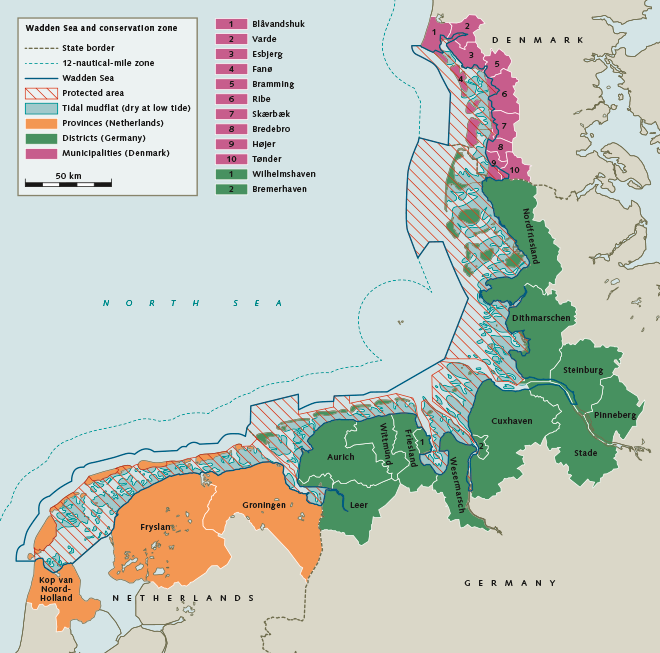 fig. 4.9 > Although the Wadden Sea in its entirety is a World Natural Heritage site, the responsibilities for this habitat are distributed among several countries. The area extends across three nations and is administered by a variety of regional authorities within these states.