The origins of tsunamis

Tsunami waves originate with the occurrence of a forceful vertical motion that causes the water column to fall or rise suddenly, comparable to the wave that is formed when a hand is plunged abruptly into water. Tsunamis are most commonly triggered by earth­quakes that result from the motion of continental plates. If the continental plates simply slide horizontally against one another without one being ­thrust above the other, however, the overlying water column does not receive the strong vertical impulse necessary to create such a wave. But if the plates rise or fall relative to one another, the water surface is correspondingly lifted or lowered, thus producing a tsunami. These kinds of motions occur most commonly in the vicinity of subduction zones, where one continental plate is thrust beneath another.
Formation of a tsunami, therefore, does not depend necessarily on the intensity of an earthquake. There have been earthquakes measured with magnitudes of 8 or 9 that did not trigger tsunamis. By contrast, relatively weak earthquakes have been known to produce large tsunamis.
Sophisticated computer models are now being applied in attempts to better understand the special characteristics of earthquakes that are particularly relevant to the development of tsunamis.
Unlike waves at the water surface, which are produced by wind, a tsunami wave involves motion through the entire water column continuously from the site of its origin. At great depths it can propagate unimpeded, and at a water depth of 5000 metres can attain speeds of up to 800 kilometres per hour. The character of its propagation can be described with some confidence using mathematical-physical wave models.
But when the wave encounters a continental slope or the shore, its progress is slowed, causing it to rise up vertically. How the tsunami develops from this point on depends upon the shape of the coast, and is much more difficult to describe mathemati­cally. It is therefore almost impossible to accurately predict the wave height when it strikes land.
Before a tsunami hits a coast, the water there initially retreats. This sequence of retreating water and surging surf can also be observed in the normal wave motion on a beach, whereby this motion is, of course, significantly smaller. 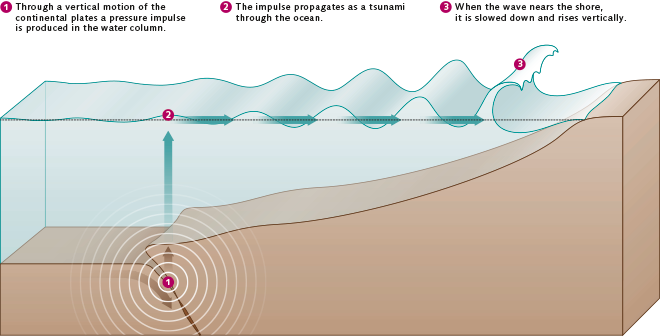 fig. 3.22 > Tsunamis often originate when continental plates in the ocean crust shift downward or upward during an earthquake.
© maribus