On the international level, the United Nations (UN) in particular and its various organs are currently responsible for ocean governance. The ­United Nations is an international organization of 193 countries with headquarters in New York. Among its most important tasks are safe­guarding world peace, adherence to international law, protection of human rights and the promotion of international cooperation. Another of the objectives defined by the international community within the ­framework of the UN is, importantly, the protection and sustainable use of the ocean. The most important UN regime on the theme of the ocean is the Convention on the Law of the Sea (UNCLOS). UNCLOS is treated as a constitution for the oceans. It was passed by the UN in 1982 and entered into force in 1994. It sets out the international legal framework governing the principles for the use of marine resources and protection of the marine environment by law. UNCLOS forms the legal umbrella which overarches the work of all the UN organs dealing wholly or partly with the theme of the ocean.
One example of a UN institution governing parts of the ocean according to UNCLOS is the International Seabed Authority (ISA). The ISA regulates the exploration and mining of mineral resources (ores) on the seabeds of international waters. Under the terms of UNCLOS these resources in the high seas are the “common heritage of mankind”, which should benefit all states equally. Under UNCLOS, the ISA has the task of supervising the equitable distribution of these resources, and grants sea-mining licences accordingly. Beyond this it is responsible for guarding against any destruction of marine habitats on the sea floor as a result of sea mining. So far countries have only had rights to explore the sea floor. Then, from 2016, the first licences for mining can be granted. The ISA is acknowledged today as a successful example of the clearly regulated use of marine resources. Law scholars praise the fact that in setting up the ISA, for the first time in history humankind has succeeded in controlling the use of a resource before extraction commences. 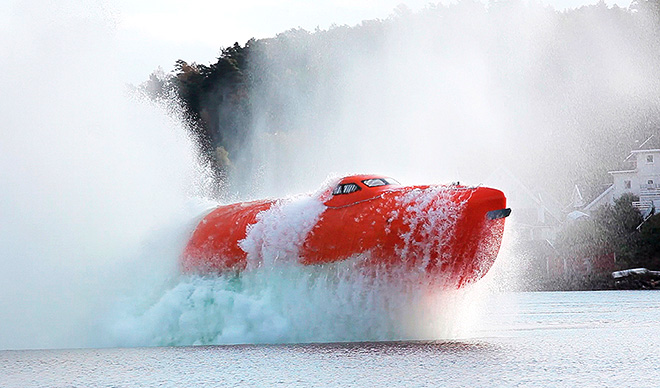 fig. 3.6 > Endurance test of a rescue boat: under the SOLAS Convention, life-boats must undergo certain checks. One of these is the drop test, where a fully-loaded lifeboat is dropped into the water from a height of several metres. © hgm-press/bnps

Another example of functioning multinational ocean governance under the umbrella of the Convention on the Law of the Sea is the work of the International Maritime Organization (IMO). In the course of time the IMO has passed several conventions which regulate shipping ­throughout the world. These include conventions which contribute to maritime safety or are intended to protect the ocean against pollution from shipping. The safety of shipping is regulated by the 1974 International Convention for the Safety of Life at Sea (SOLAS). SOLAS stipulates, for example, how many lifeboats ship must have on board and how often these should be serviced. The International Convention for the Prevention of Pollution from Ships (MARPOL 73/78), for its part, is intended to prevent marine pollution and particularly of coastal waters by shipping. MARPOL stipulates, for example, that in Special Areas it is prohibited to discharge liquid cargo or oil residues from the ship’s en­gine (spent oil) into the sea. These Special Areas include the Baltic Sea, the Mediterranean and the Black Sea, among others. In the waters of the high seas, however, tank cleaning is permitted under the terms of MARPOL. Ships’ masters must comply with MARPOL by recording in oil logs precisely where and how they have disposed of anything.
Every coastal state oversees compliance with the standards of the IMO conventions for itself. For instance, the local port authorities of any country are permitted to check all ships for compliance with the SOLAS or MARPOL rules. If a ship’s master breaches the regulation, a ship can be detained in harbour. As a result of this mechanism known as port state control (PSC), today most ship-owners comply with the rules of the IMO conventions. Shipping companies who flout them are placed on blacklists, and their ships subjected to especially thorough scrutiny. That said, the specifics of how strictly ships are inspected differ from country to country. Australia, South Africa, the USA, the Member States of the EU and the countries of South America take these checks very seriously nowadays.

Port state control not only checks compliance with the IMO standards but also with the provisions of other UN organs, such as the International Labour Organization (ILO), for example. The ILO, based in Geneva, is responsible for employees in a wide range of occupational fields worldwide, and its work includes representing the rights of mariners. Since many mariners had a long history of poor working conditions, due to factors like low pay, long working hours and a lack of social benefits, in 2006 the ILO passed the Consolidated Maritime Labour Convention, which entered into force in 2013. It sets out international minimum standards for the working conditions of mariners. Its aim is to prevent workers from being exploited. In Germany, compliance with this convention is verified during port state control by the trade supervision office or the public health office. In other words, during the port state control, staff from different state authorities may well be in attendance.
Multinational governance can even work when individual states end up in conflict with each other. Disputes between countries over sea borders, for example, have arisen in the past and will arise time and time again; in other cases, ships are detained for various reasons. A well-known example is the case of the Arctic Sunrise. In 2013 this ship be-longing to the environmental organization Greenpeace and sailing under the Netherlands flag was detained with all its crew by Russian border security. Previously staff of the organization had boarded the oil platform of the Russian energy group Gazprom to protest against oil drilling in the Arctic. Russia accused the activists of piracy. The Netherlands lodged a demand for Russia to release the ship and its crew.
In cases like this, the two countries can have their dispute heard in court. In this regard they have a choice of options. They can either take their case to the International Court of Justice (ICJ) of the United Nations in The Hague, which also negotiates marine law disputes. Or they can invoke the International Tribunal for the Law of the Sea (ITLOS) in Hamburg, which was founded within the framework of the Conven­tion on the Law of the Sea in 1996, specifically for disputes with a bearing on the ocean. 23 cases have been dealt with at ITLOS to date, one such case being that of the Arctic Sunrise. ITLOS came to the conclusion in November 2013 that the accusation of piracy was untenable, and ordered Russia to release the ship. Russia was slow to respond. Initially, crew members were set free one by one over a period of several weeks. Finally, Russia also released the ship. 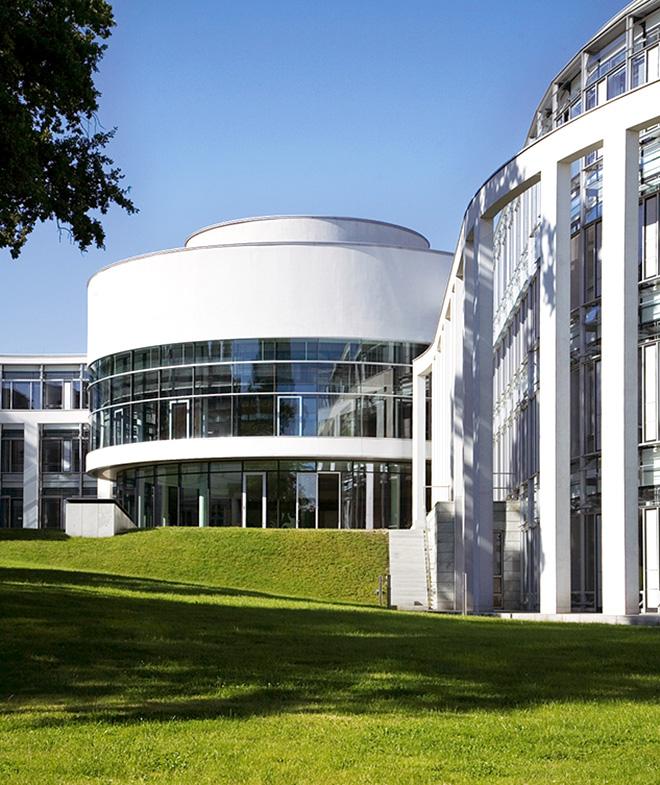 fig. 3.7 > The International Tribunal for the Law of the Sea (ITLOS) has its seat in the Hanseatic city of Hamburg. The institution was founded in 1996. © Jesco Denzel

In principle, countries can only take a case before ITLOS if both parties have ratified UNCLOS, which was applicable in the case of the Arctic Sunrise. Russia’s release of the ship and crew was also attribut-able to strong public pressure, say legal scholars. According to the experts’ opinion, it is especially difficult for the global superpowers to submit to independently administered justice and an international legal regime. Unlike Russia and China, the USA has not ratified UNCLOS to this day – with the consequence that it only has a weak voice in matters relating to the law of the sea.
Although there are international bodies such as the ICJ and the ITLOS which can settle disputes with a bearing on the ocean, ultimately there is no authority which could enforce the law with finality. Even if a country that has ratified the UNCLOS is sentenced by ITLOS, it can refuse to accept the judgement. In such a case pressure can only be exerted on the country through political and diplomatic channels. Therefore experts in the law of the sea consider UNCLOS and ITLOS to be an international regime with some weaknesses.