In the debate about finite fossil fuels, the terms “reserves” and “resources”, but also “range” and “static range” are often used interchangeably, although to some extent, they mean different things.

Reserves: To be classed as a reserve, an oil or gas deposit must fulfil three conditions: it must have been confirmed by drilling; it must have been accurately measured; and it must be recoverable economically at current prices using current technology..

Resources: Resources are the geologically proven stocks of an energy carrier which are not yet regarded as recoverable economically because recovery requires new and expensive technology. The term “resources” also applies to stocks which are not yet proven but can be assumed to exist in a region based on its geological characteristics. The distinction between reserves and resources is sometimes fluid. The oil sand industry in Canada is the latest example of a transition from resources to reserves. Only a few years ago, these deposits were not recoverable economically. Today, thanks to its oil sands, Canada appears near the top of the list of countries with the largest oil reserves. These deposits can now be exploited, but as this requires new and complex technology, they are still classed as “unconventional”.

Range: The term “range” is often used to show how many more years a raw material will continue to be available. However, this statistic is extremely unreliable as no one can predict future demand with certainty. What’s more, in the debate about finite resources, the term “range” is rarely defined: does it mean the point in time when all deposits will be exhausted, or the point in time when demand can no longer be fully satisfied, such as when fuel shortages prevail? Experts therefore generally prefer to use the more precisely defined term “static range”.

Static range: “Static range” depicts the relationship between reserves/resources and present annual global production. The resulting figure shows how many more years the raw material will continue to be available, assuming that consumption remains constant and reserves/resources are fixed. In other words, this is a hypothetical/static scenario. In reality, however, production and especially consumption continually fluctuate. Future political and economic developments which may influence global oil consumption, production and markets cannot be predicted with certainty. What is more, as events in recent years have shown, major new deposits are constantly being discovered; this in turn affects the static range. The static range is therefore merely a snapshot of the extractive industry sector at a given point in time. 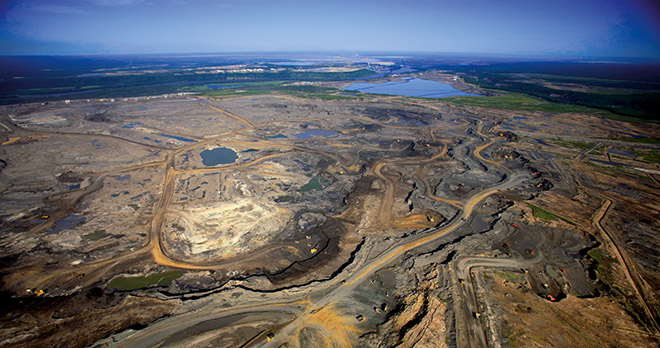 fig. 1.7 > With its oil sands, Canada has substantial oil reserves. However, extraction has destroyed large areas of forest. © Jiri Rezac/Greenpeace