Metal-rich brines in the Red Sea

The sulphide-rich sediments at the bottom of the Red Sea are a special kind of sulphide deposit. The sulphides do not occur in solid form here, but as a viscous metalliferous sludge. The cause of sulphide formation in the Red Sea is also subsurface magmatic activity.
The Red Sea formed where the African and Arabian plates are moving apart. Each year the plates drift about 1 centimetre farther apart, so that the Red Sea is slowly but steadily growing. The fracture line between the plates runs almost exactly along the middle of the Red Sea from northwest to southeast. At some places in the rift zone there are deep basins where brines form on the bottom.
A 200-metre-thick layer of extremely salty, heavy water collects in these basins in the way that a haze of fog lies in a valley. With a temperature of over 60 degrees Celsius, this water comes from salt-rich rock layers on the flanks of the Red Sea and is concentrated here. Its salinity of around 26 per cent is 7 times as salty as normal seawater. It is therefore very dense and flows into the deep basins. Hydrothermal solutions enriched with sulphides rising up from the depths mix with the warm saline water, and the metals dissolved in the water combine chemically with sulphide particles. The particles sink to the bottom and form the metalrich muds.
The largest deposit of sulphide sediments in the Red Sea is located in the Atlantis II Deep, a 2000-metre-deep basin the size of Manhattan that lies between Saudi Arabia and the Sudan. This is considered to be the largest sulphide deposit in the world, the massive sulphide deposits included. 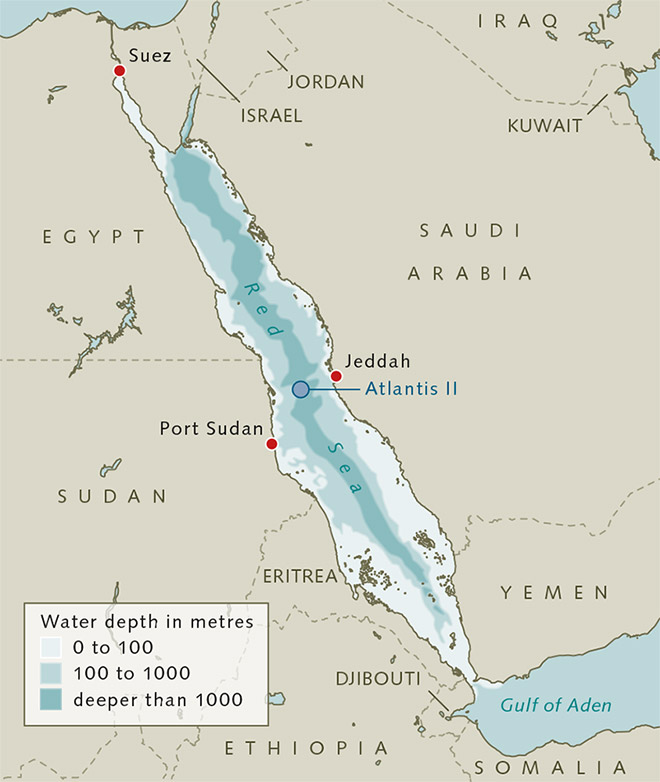 fig. 2.34 > The Atlantis II Deep lies in the middle of the Red Sea. Metal-rich sulphide brines rest at its bottom. © maribus

This area was intensively explored as early as the 1970s, and valuable metals such as zinc, copper, silver and gold were found. At that time, working together with the Red Sea Commission – a cooperative between Saudi Arabia and the Sudan – a German industrial consortium drilled over 490 exploratory wells in the muddy bottom. This makes the area one of the most thoroughly studied sulphide occurrences in the world. Furthermore, in 1979, around 15,000 cubic metres of mud were brought to the surface using a prototype vacuuming system.
Like other marine mining plans, however, this cooperative was abandoned in the early 1980s because there were enough resources on the world market from land deposits. Later, due to higher metal prices on the world market, interest in the muds was renewed. In 2010 a Saudi Arabian-Canadian consortium received a production licence for 30 years. Again, the area was explored in cooperation with German researchers. But to date no concrete plans have been made because metal prices have recently fallen again. In all, it is estimated that the Atlantis II Basin contains muds with a dry weight of around 89.5 million tonnes, which is a very large amount compared to the other massive sulphide occurrences on the sea floor. The metal contents in the sediments are lower, however, than in the massive sulphides of the Bismarck Sea, for example. According to current estimates, the muds of the Atlantis II Basin contain 3 million tonnes of zinc, 740,000 tonnes of copper, 6500 tonnes of silver and 46 tonnes of gold. Compared to the global reserves of these metals, these values lie in the single-digit per cent, or even the per mill range.
For the Sudan or Saudi Arabia, however, which have no metal reserves of their own to speak of, mining could become interesting in the future if metal prices rise again. However, standard mining equipment will first have to be developed. One problem is that the warm salty water is very corrosive to any kind of mining equipment.