What shape are tuna stocks in?

Tuna is popular both in Western Europe and Japan where it is often prepared as sushi. At Japanese fish auctions in particular, prices in excess of 1000 euros per kilogram are paid for certain species of tuna. Visitors to high-class restaurants are quite prepared to pay top prices for the right product. The trade in tuna is therefore extremely lucrative. As a result of strong demand, in 2009 stocks of seven important species of tuna were overexploited by a third, 37.5 per cent were fully exploited and 29 per cent were non-fully exploited. In the case of tuna the status of the species is often defined but not the populations, because it is difficult to define individual regional stocks of these fast-moving, highly migratory species. The most important species (as a proportion of total 2010 catch) are:

Skipjack stocks are slightly increasing, meaning that in principle it should be possible to catch more of them. The problem with skipjack fishery, however, is that young bigeye and yellowfin tuna become caught in the net as bycatch. As several species often occur together it is difficult to catch only one species at a time. Accordingly, experts advise that any expansion of the skipjack fishery should be very closely monitored. There are also fears that all tuna stocks will further decline in the medium term if commercial fishing continues at the intensive rate of today. The bluefin tuna in particular is under threat. For this reason, in 2010 attempts were made to protect this species in accordance with the Convention on International Trade in Endangered Species of Wild Fauna and Flora (CITES). This convention governs the import and export of endangered plants and animals. More than 170 nations have joined the convention since it came into effect in 1974.

Non-governmental organizations in particular have called for CITES to protect the bluefin tuna. The species is so popular, they claim, that commercial fishing is still economically viable even if only a few of them are caught in the net each time. The bluefin could become completely extinct. Opponents counter that over-exploitation cannot be compared with extinction, that fishermen would stop fishing if it were no longer in their economic interests to continue. Even then, sufficient fish would remain to ensure the survival of the species. Whether CITES requirements can be used at all for ocean fish is doubtful, they say. So far, no international agreement has been reached on strict protection based on CITES criteria. It currently appears that the future protection of the bluefin tuna will be governed by the International Commission for the Conservation of Atlantic Tunas (ICCAT). Whether this will work remains to be seen. 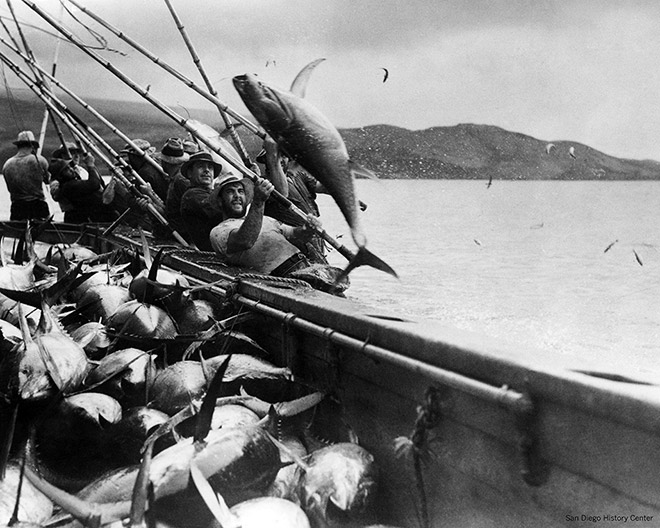