A stock is a self-sustaining population of a species that occurs within a defined region of the ocean. As a rule, the different stocks of a fish species are spatially separated to such an extent that the individuals from one stock cannot breed with those of another, even though they belong to the same species. The herring provides an example. The individuals in Norwegian waters spawn in the spring. Herring in the North Sea, however, spawn in autumn. Thus there is a very clear separation between the two stocks, which even has a biological manifestation. For fishery management and discussions of overexploitation of fish species, it is crucial to consider the stocks individually. Rarely is a species completely overfished, rather it is usually only a particular stock of the species. The herring stock of autumn spawners in the North Sea recovered after just five years, while the stock of spring spawners off Norway took almost 20 years to recover. 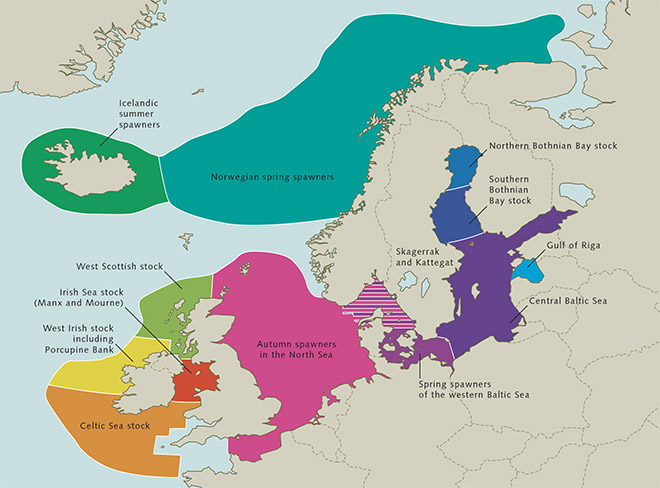 Fig. 1.6 > Herring live in the transitional area between the northern temperate and polar zones. They occur not only in the North and Baltic Seas, but also throughout the North Atlantic, living at water depths up to 360 metres. Herring undertake extensive migrations between their feeding and spawning grounds and their winter stop-over areas. Different stocks spawn in different seasons. © after Christopher Zimmermann/ Johann Heinrich von Thünen-Institut